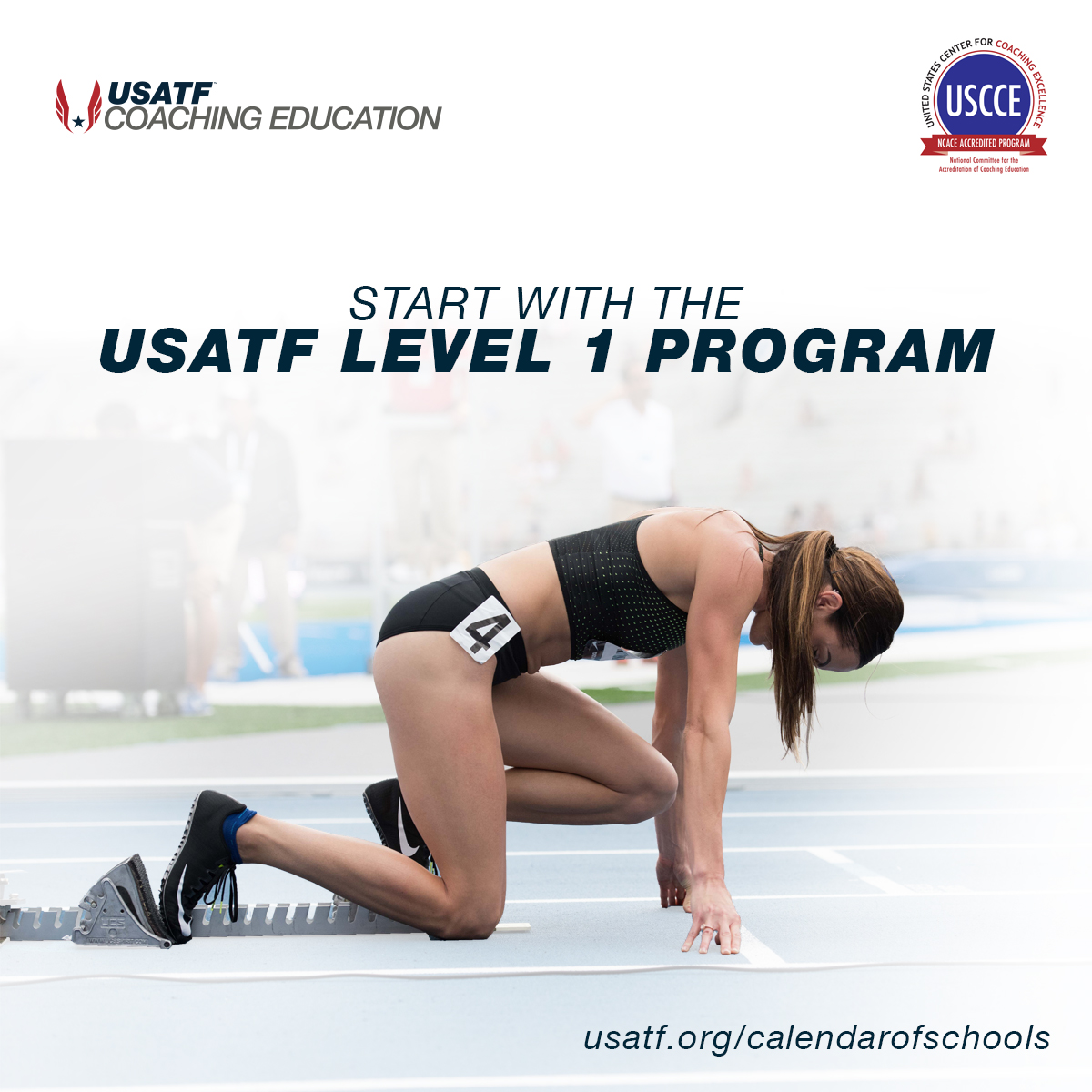 By News RoomSeptember 14, 2022No Comments

Fee includes Level 1 Curriculum materials and the second edition of the Level 1 textbook.

You must be a current member of USATF to register – for more information, go to www.usatf.org/membership/

If you have any difficulties with the online registration process, please contact the School Director.

The Sheraton is the closest to campus, but there are many more that are also in walking distance. The building we meet in is on the corner of 18th and Callowhill streets, if you would like to google map the distances to each hotel.

Rogers Glispy is the Athletic Director at Community College of Philadelphia after serving successfully there as track & field and cross country coach.  As coach his teams won eight state championships and nine conference championships and earning Glispy Pennsylvania Collegiate Athletic Association Cross-Country Coach of the Year on six occasions. He is an IAAF Level 5 / USATF Level 3 certified coach, having attended both the Endurance and Sprints Academies. He is also Level 2 certified in Jumps.

David Pavlansky was head boys’ track and cross-country coach at Boardman High School from 1999 –2011. Twice named OAT&CCC District 1 Boys’ Track Coach of the Year, Dave’s teams won 6 conference and 7 district championships. He received the 2007 Fred Daffler State Coach of the Year Award for Boys’ Cross Country and also in 2007 he was among 10 sprint coaches selected nationwide by the USATF to attend the Emerging Elite Coaches’ School in Orlando, Florida.  During Dave’s tenure Boardman teams produced both Indoor and Outdoor state champions as well as two Nike All-Americans.  Dave has USATF Level 2 certifications in Jumps, Endurance, and Sprints / Hurdles / Relays and he currently serves as USATF Regional Coordinator of Coaching Education for the Midwest.

John Hartpence is the Assistant Coach Track & Field/Cross Country at Utica College after six years at Hamilton College. Across 20+ years of coaching, Hartpence has also served as Head Coach for the Cross Country and Track & Field programs at Defiance College (OH) and Dickinson College (PA). Hartpence was twice named HCAC Coach of the Year while at Defiance and was a two-time USTFCCCA Regional Coach of the Year at Dickinson. He has guided athletes to NCAA DIII All-American status in eleven different events, 100+ individual conference titles, and numerous school record performances. He is a USATF Level 2 Coach in Jumps and Throws.

Cortney Stafford was named the head coach of the women’s track and field programs on August 30, 2021 and is entering her second season on the ESU staff in 2022-23. In her first season at the helm, ESU finished ninth and tied for seventh respectively at the PSAC Indoor & Outdoor Championships. Additionally, the Warriors set six school records in the shot put (indoor/outdoor), pole vault (indoor/outdoor) as well as in the discus. Stafford brings seven years of collegiate experience and joins the Warriors after previously working as an assistant coach at Cal State Fullerton from 2015-21. Stafford coached three student-athletes to four Big West individual titles and has had 13 NCAA DI West Preliminary Qualifiers. Under Stafford’s direction, five women’s school records were also broken. She was apart of four Big West Conference Championships and had 18 student-athletes earn All-Academic honors. Prior to her coaching career, Stafford competed for four years as a jumper at Cal Poly. Competing in both the long and triple jump, and sprint relay, Stafford was a two-time Big West Conference champion in the triple jump in 2004 and 2005. As a Big West Conference triple jump record holder, her mark of 13.45m (44-1 ¼) still stands today. During the 2005 season, Stafford placed ninth in the triple jump at the NCAA Indoor Track Championships, fourth at the NCAA West Regional and competed at the Outdoor NCAA Championships that year. She is a certified USATF Association Level Official, IAAF Level 5/Level 3 Jumps & Multi Events coach.