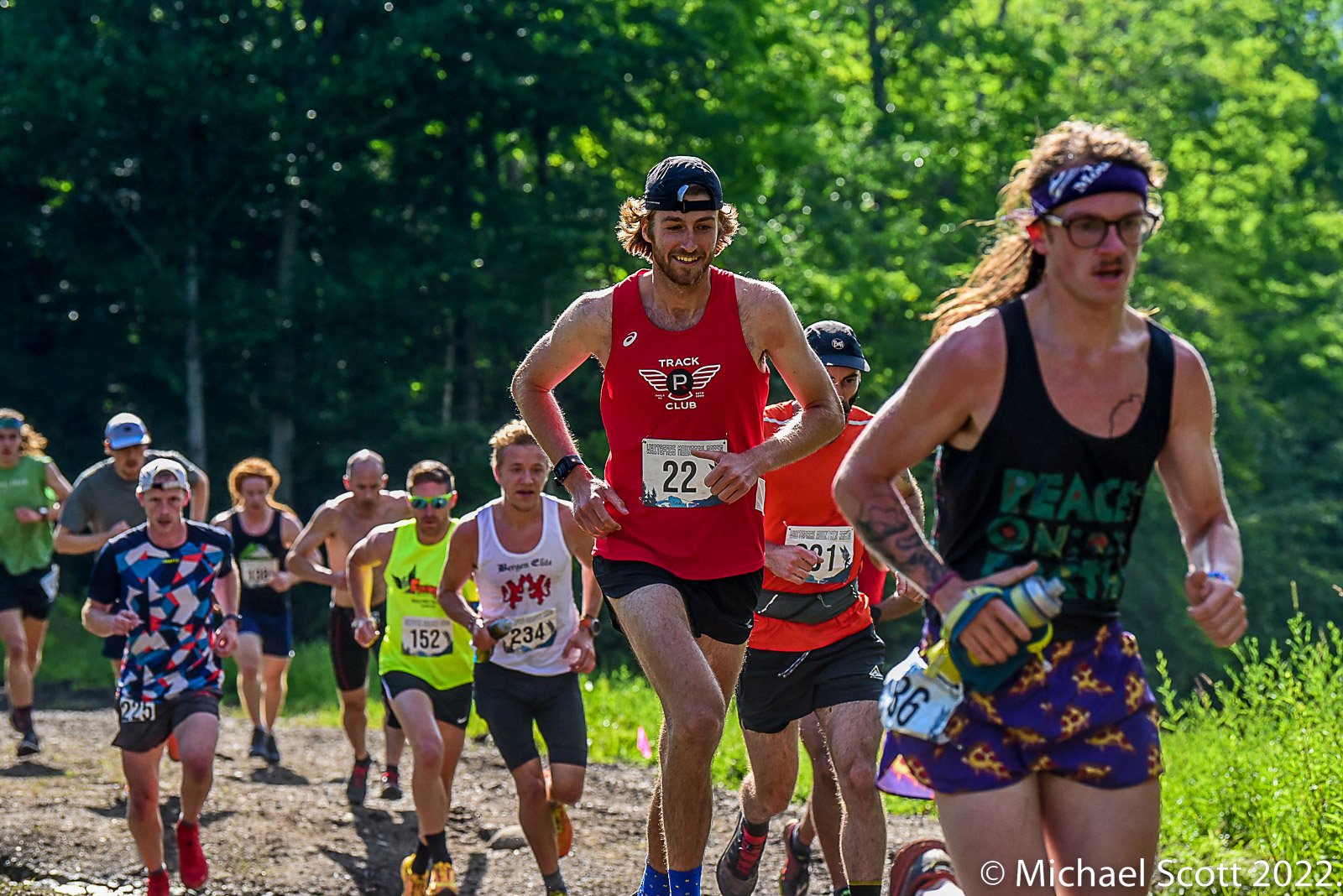 Mid-Atlantic had twenty members and four clubs travel to Lake Placid, NY for the USATF Mountain Running Championships. Whiteface Mountain was the site of the Alpine Skiing events at the 1980 Lake Placid Olympic Games and is the home to the biggest vertical drop (3000 feet) of any ski area in the Northeast U.S.  The race distance was 6.4 miles and with the course ascending over 3000 feet in just 2.8 miles and then descending the mountain over the final 3.6 miles (including two 2500-foot climbs), the race wasn’t for the faint of heart!